Pre-Wedding in Salamanca - Sonia and Jorge

When Sonia and Jorge called us on the phone they told us that although they would get married at the Hotel Balneario Valle del Jerte, they would love to do their pre-wedding report in the city where they met and where they currently share their life: Salamanca.

In the interview we did they asked us if they could take their dog to the report and as we also have a little dog, our Lola, we loved the idea, and so we could focus the report as half family half couple, hehehe. We started the report at the University of Science of Salamanca, bordering the Roman bridge until we reached the cathedral of Salamanca and back until sunset where we could make those silhouettes at sunset that we like so much 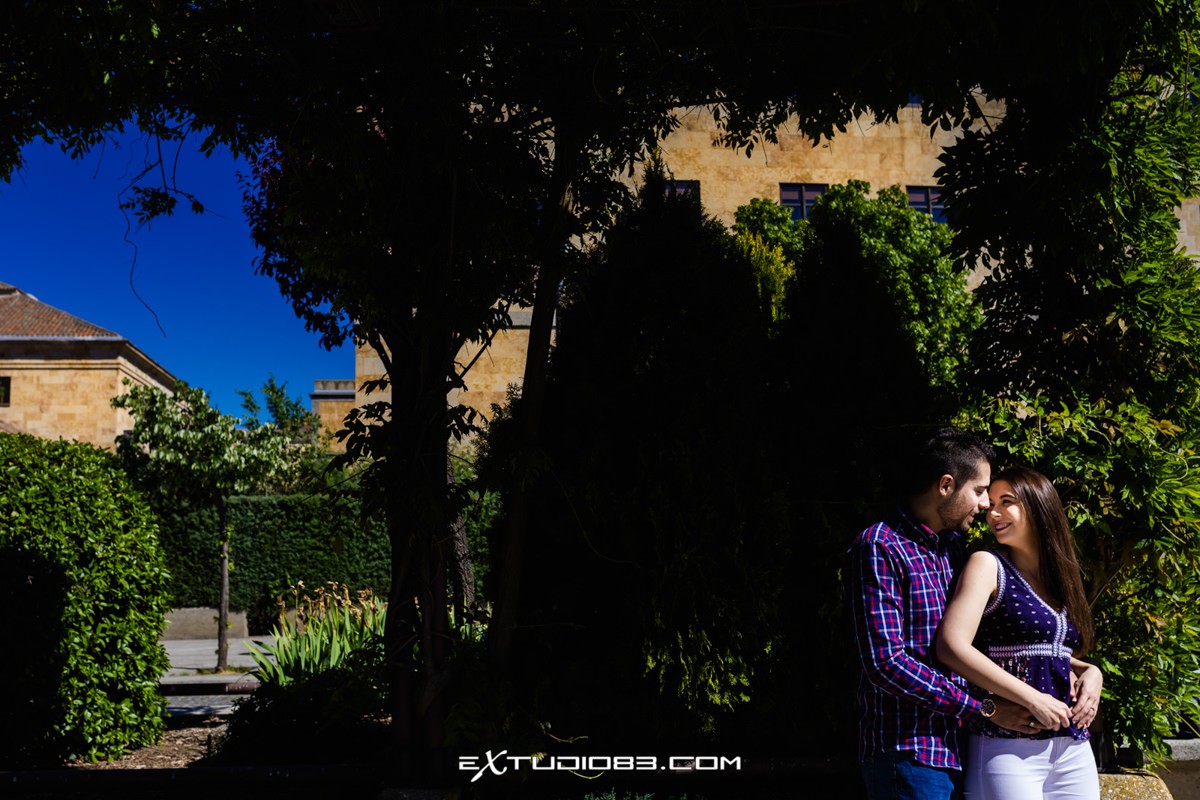