Pre-wedding in Plasencia - Maria and Carlos

Mary: "I'm not much of a kisser in public, eh?" With this sentence we begin the report of Maria and Carlos. We already knew this peculiar couple from other friends' weddings, but the two of them had never faced a photo session with me hahaha. Although they had left Plasencia some time ago for work, they wanted their couple report in the center of Plasencia and we were happy to experiment, run, jump and not kiss in public (or yes) in the middle of the city. Little by little we went along the wall of Plasencia until we reached the Jewish quarter and the area of the Parador Nacional de Plasencia. At the end not only was there a super cool report but there was a lot of kissing, hehehe. But what we liked the most of all was Maria's phrase at the end of the session: "I never would have thought this would have been so easy" 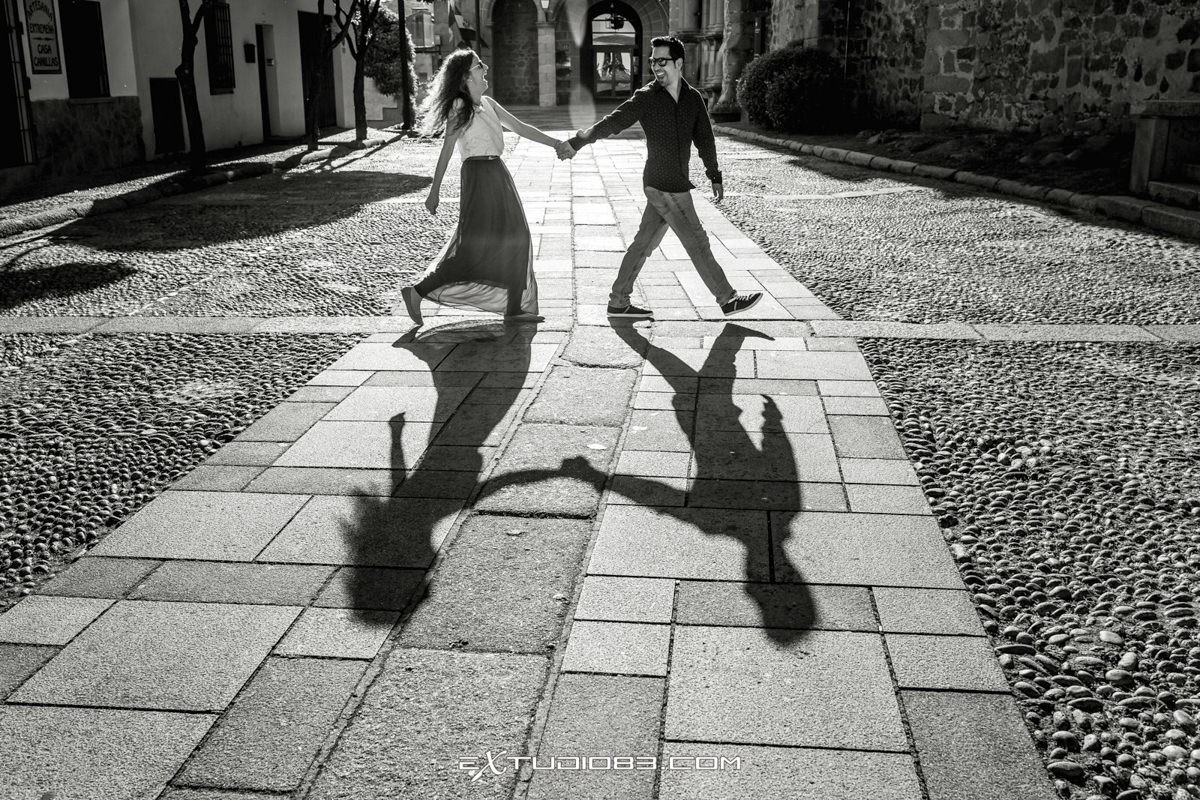